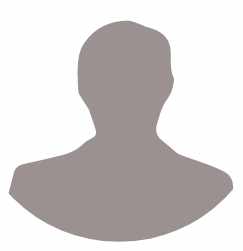 Paul is originally from Schull in Co.Cork.

Paul initially completed an Honours Degree in Applied Science and Forensic Measurement in The University of Teeside, in the United Kingdom before moving to a career in Medicine.

He graduated from the Royal College of Surgeons in Dublin in 2004 and subsequently worked in General Medicine and General Surgery in Waterford Regional Hospital. Paul then moved to Perth, Western Australia to work in Royal Perth, and Swan District Hospitals as a Senior House Officer in General Medicine, Cardiology, Respiratory and Emergency Medicine.

Paul completed his General Practice Specialist training in The North East, working in Our Lady of Lourdes Hospital, Drogheda, Our Ladys Hospital, Navan, and Cavan General Hospital. During his training, he completed rotations in Emergency Medicine, Obstetrics & Gynaecology, General Medicine and Paediatrics. He also Completed 2 years General Practice placement in Practices in Meath and Louth.

Paul has the following Postgraduate Qualifications

Paul is married to Aymie and they have 2 daughters Eva and Cara.

When Paul is not working he enjoys sailing, fishing and spending time with his family.

We use cookies to ensure that we give you the best experience on our website. If you continue to use this site we will assume that you are happy with it.
By clicking “Accept”, you consent to the use of ALL the cookies.

But opting out of some of these cookies may have an effect on your browsing experience.
Necessary Always Enabled
Necessary cookies are absolutely essential for the website to function properly. This category only includes cookies that ensures basic functionalities and security features of the website. These cookies do not store any personal information.
Non Necessary
Any cookies that may not be particularly necessary for the website to function and is used specifically to collect user personal data via analytics, ads, other embedded contents are termed as non-necessary cookies. It is mandatory to procure user consent prior to running these cookies on your website.
Analytics
Analytical cookies are used to understand how visitors interact with the website. These cookies help provide information on metrics the number of visitors, bounce rate, traffic source, etc.
Advertisement
Advertisement cookies are used to provide visitors with relevant ads and marketing campaigns. These cookies track visitors across websites and collect information to provide customized ads.
Uncategorized
Undefined cookies are those that are being analyzed and have not been classified into a category as yet.
Save & Accept